I might be a little stubborn when it comes to new things (for photography) and I’m definitely stubborn when it comes to new fads.  The definition of fad sums up why I am typically against them… “A fad is any form of behavior that develops among a large population and is collectively followed enthusiastically for a period of time.” Did you catch the last part? It says for a period of time. When it comes to photography fads I feel like a lot of them are simply there to mask mediocre photography. It can be mediocre photography due to poor composition, light and even editing. (Before I go on by no means do I feel that I am this perfect, fabulous photographer… I have mediocre shots just like everyone else.” I try hard to create a pleasing composition, use great light and when I edit I try to make my colors realistic. I want my images to have a sharp focus and a smooth finish (minimal grain) plus I want my contrast to be spot on. It’s a classic look. The nice thing about how I photograph and edit is that in the end end it will always work. The next time you look at an image ask yourself “If I take away the ‘filter’ is it still a good image?  Something to think about.  BUT… what happens when it’s a great image plus it follows one of today’s favorite fads?

It took me awhile to accept that the favorite fad right now is film.  I love film.  I was raised on film and all of my high school education and part of my college education was on film.  The darkroom is one of the best places on earth.  So why was I against the film fad?  Well, it’s because it’s not film.  Photographers are shooting digital and then going through the editing process and making it look like film. I couldn’t understand that- my thought was… why not just shoot film? I know the answer, well at least I know why I don’t shoot film for business purposes.  It’s too expensive and it’s too time consuming and in our digital-I-need-these-images-right-now kind of world film doesn’t fly.  (Which is unfortunate!)  But it’s beautiful.  So the photography fad now is to shoot digital but make it look like you shot it with Ilford Delta 3200 or Kodak Portra 400 or crossed processed slide film.  In addition to the film look, photos today look like the photographer decided to not add the “red filter” during developing.  In other words there isn’t a lot of contrast and blacks are very muted. As I was listening to Creative Live today the teacher said something that hit home.  She said something along the lines of you need to stay up to date on technical photography items (cameras, softwares, etc.) and on what is popular.  As a hired photographer I shoot for my client.  Yes, I enjoy it and I love shooting but at the end of the day if you’re cutting me a check then I am shooting for you.  So if the look is very popular and people want it… I should be able to give it to them.  This is my first attempt at shooting digital and editing like I am in a darkroom. To be honest, I love it.  What do you think?

First up are my images from the Edible Portland BBQ.  I was excited that the wonderful people at Edible extended me a discount to this event because I have freelanced for the publication (and hope to continue to freelance with them).  Way back in June Edible Portland hosted a wonderful night of speakers, local-hero awards and fabulous drinks and eats.  Well known chef and ranchers like Greg Higgins (Higgins Restaurant), John Gorham (Toro Bravo, Tasty n Sons) and Scott Dolich (The Bent Brick) served up some amazing bites.  I tried all types of beer from breweries like Breakside, Base Camp, Commons and Double Mountain.  To wrap up the tasty evening I ended with some dessert from Salt n Straw and Petunia’s Pies and Pastries. (Have you tried Salt n Straw’s Olive Oil ice cream?  I believe it was my favorite treat of the night.)  It was a fabulous foodie night in Portland. 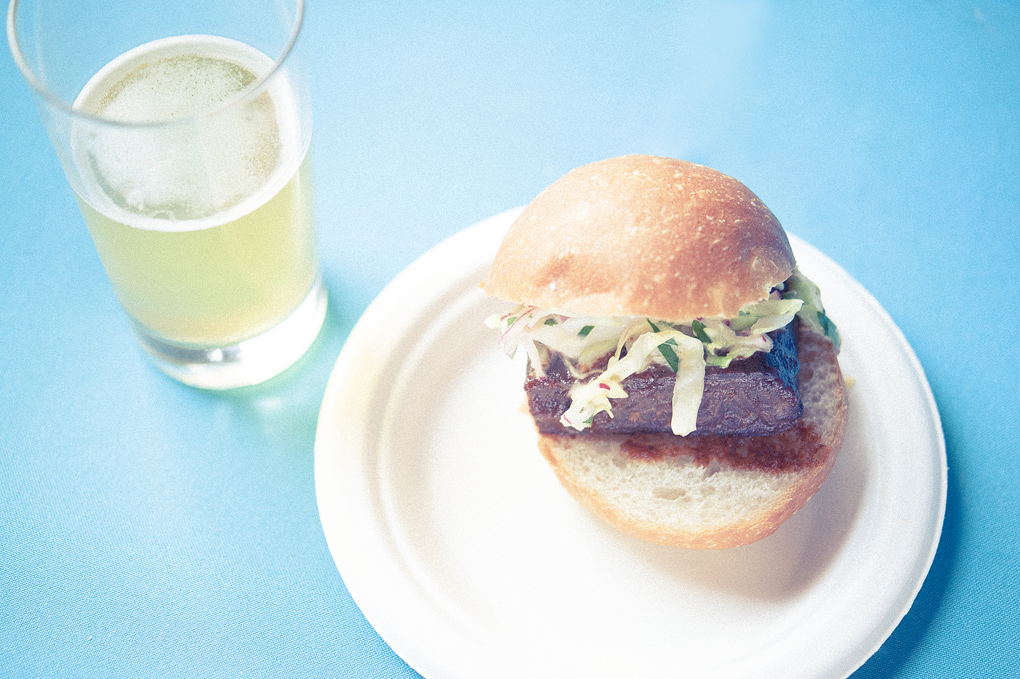 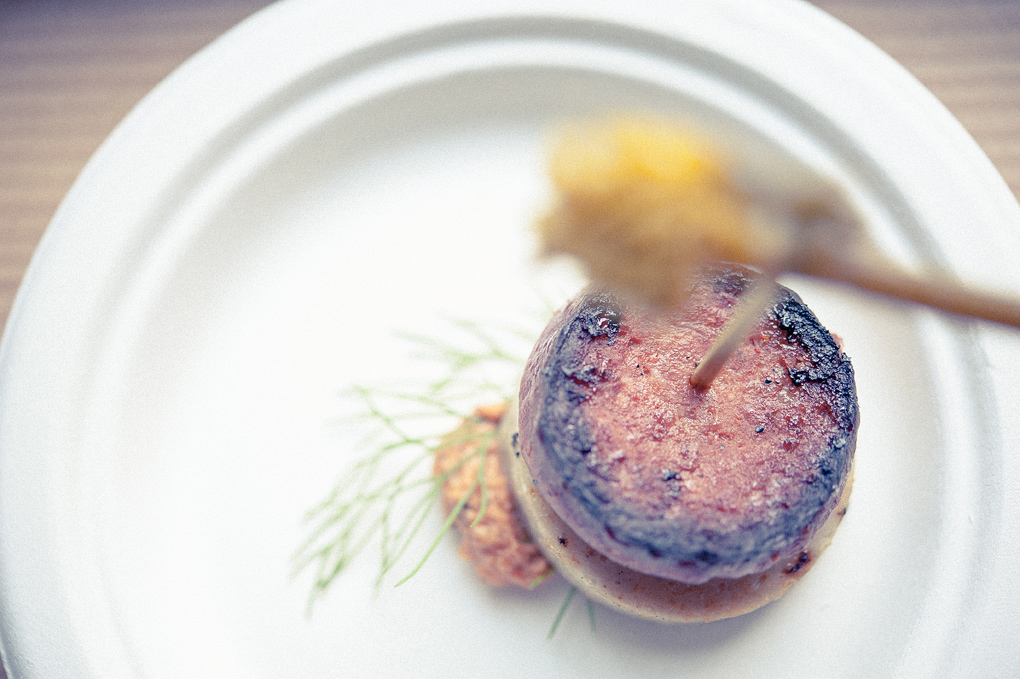 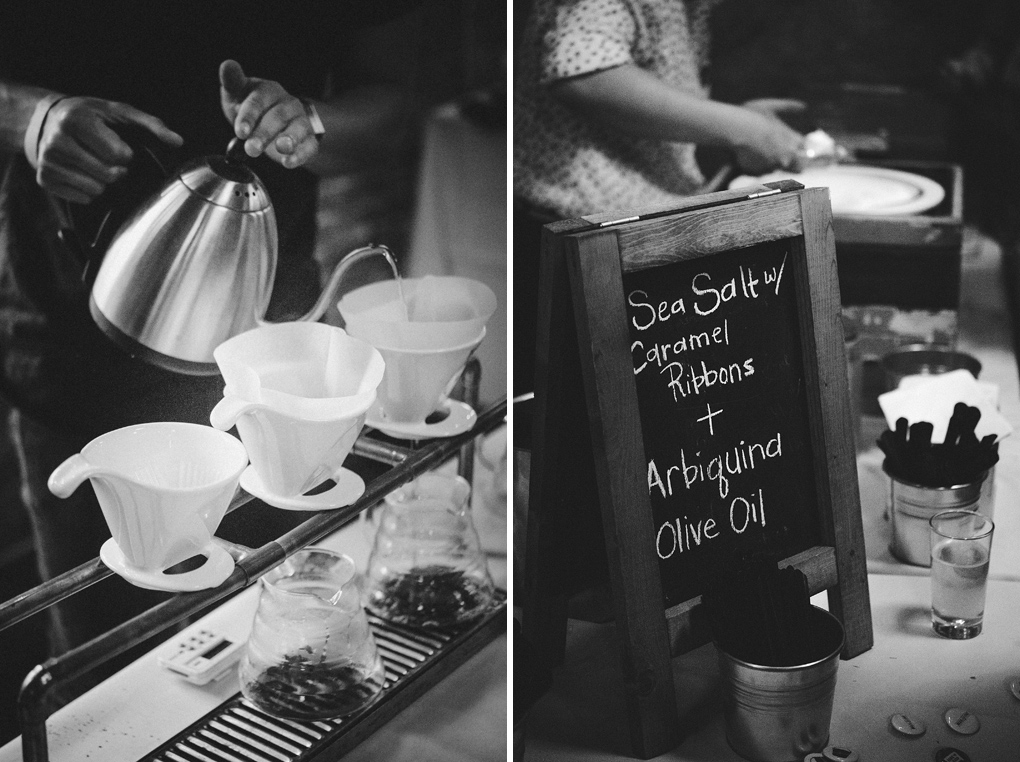 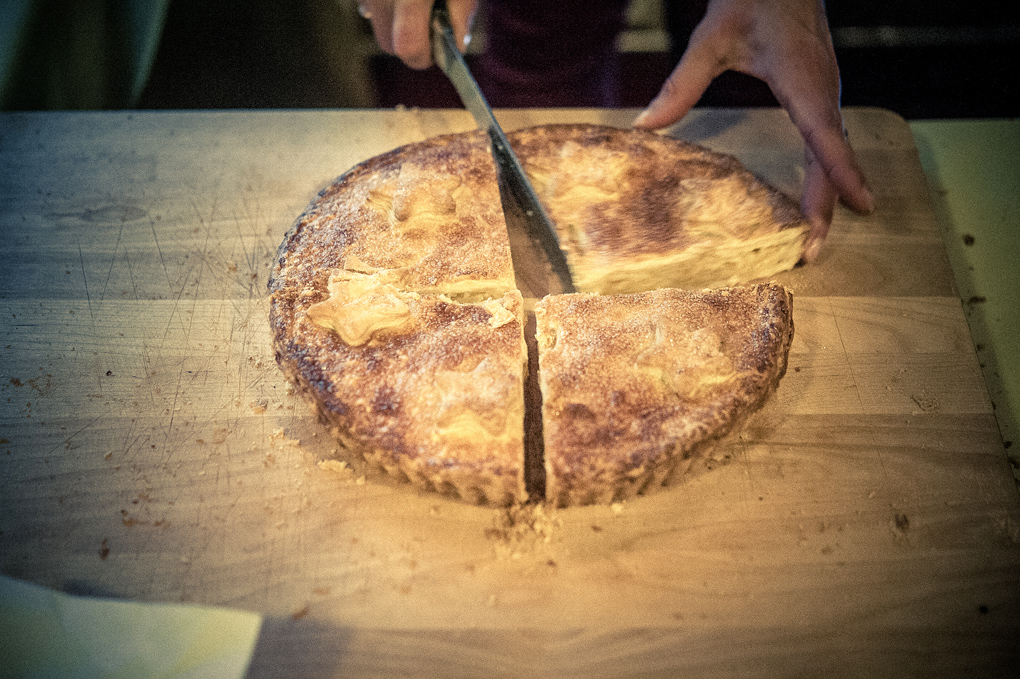 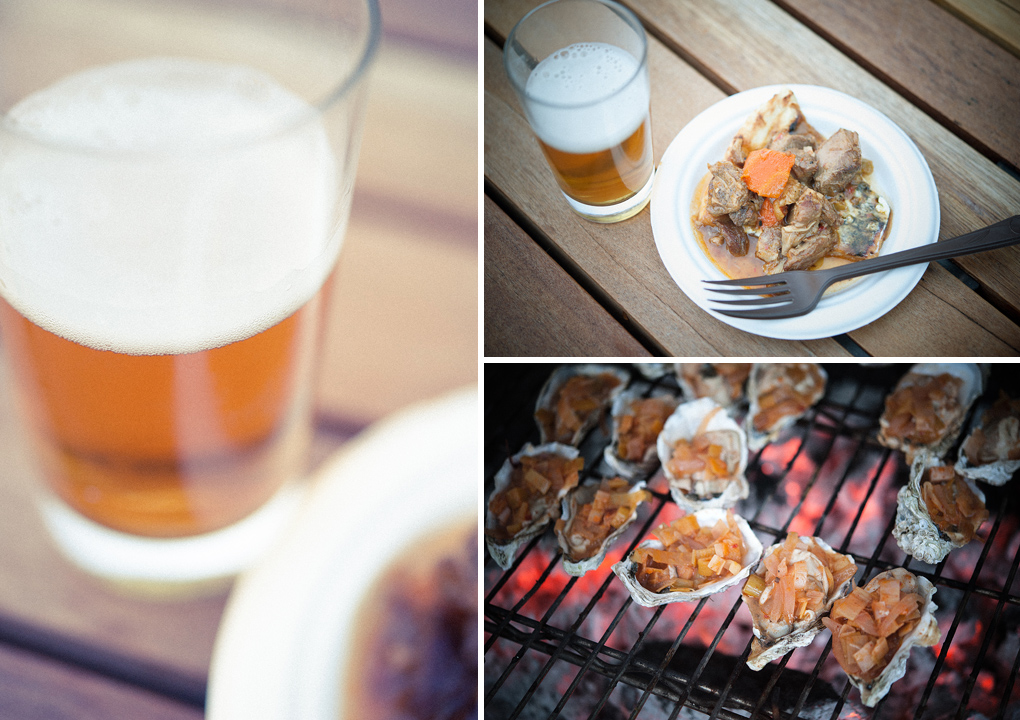 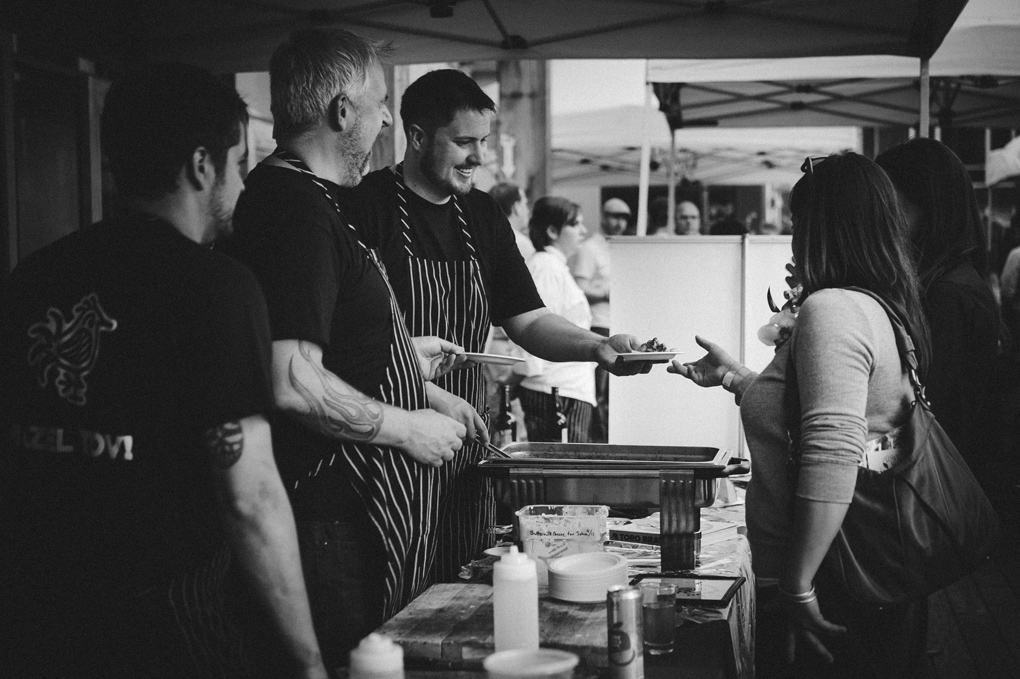 The lovely Sarah of Pacific Pie Co. asked me to come to a special blogger event for the new NW location.  The new location is different from the original SE spot.  She did a fabulous job of matching the style of Nob Hill with the new Pacific Pie.  There are a lot of new, fun things happening at this location including awesome cocktails and pie shakes!  Pacific Pie is not just pies.  A few of the things on their menu include Marinated Goats Cheese with Grand Central Bakery baguettes, Spinach Strawberry Rhubarb Salad, Chicken Satay, Polenta with Mushroom Sauce, Mini Chicken Pot Pies and Curried Samosa Pastries.  Did I mention Pie Shakes?  Sarah made us Key Lime Pie Shake and Chocolate Bourbon Hazelnut Pie  Shake.  OMG- yum! Everything was delicious.  I really enjoyed the look of the NW location including the awesome photo wall. (I was excited to see one or two of my images from years ago. When I first started playing with food photography I  stopped into the SE Pacific Pie location and asked if I could photograph the bakers, etc. Sarah was nice enough to let me play and practice.  Check out some of the images with this Old Pacific Pie Post.)  Oh- and the NW location is serving breakfast so stop on in and have some pie with your coffee. 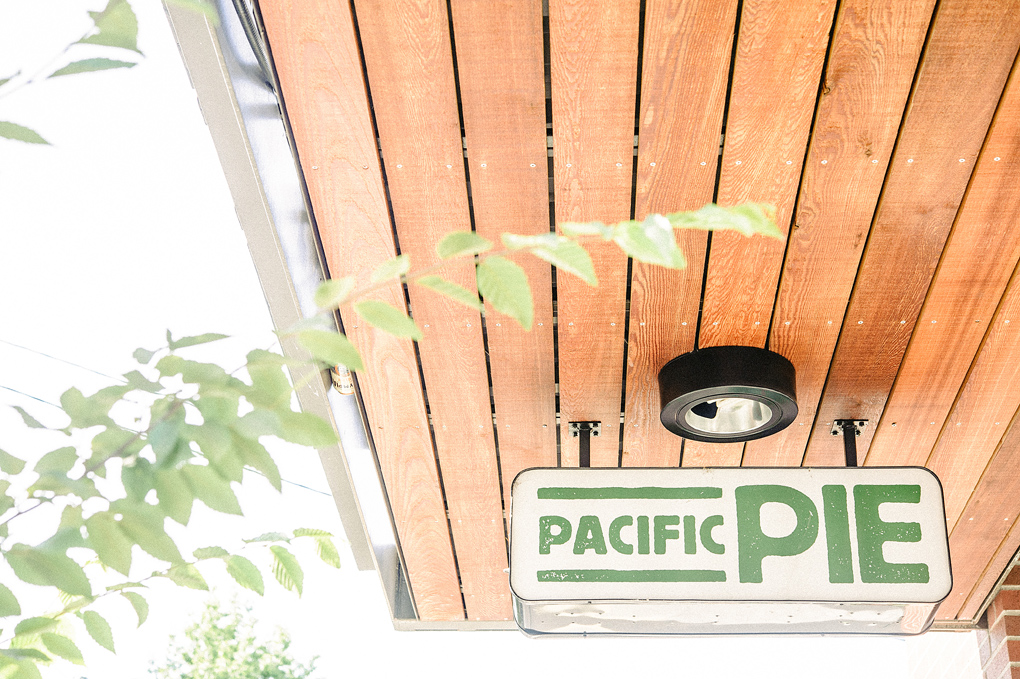 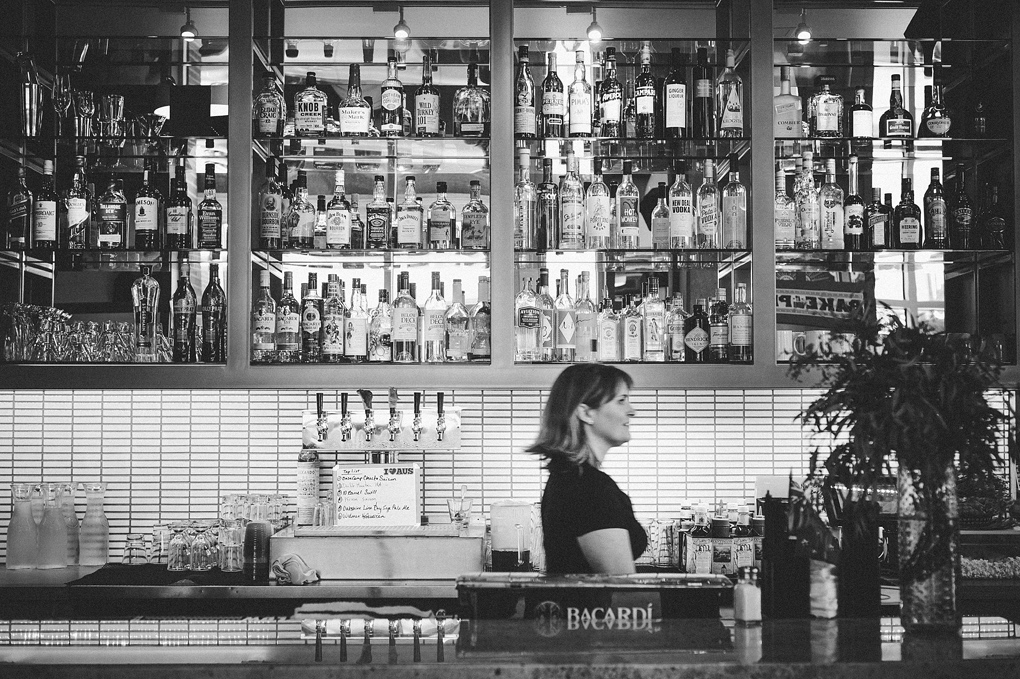 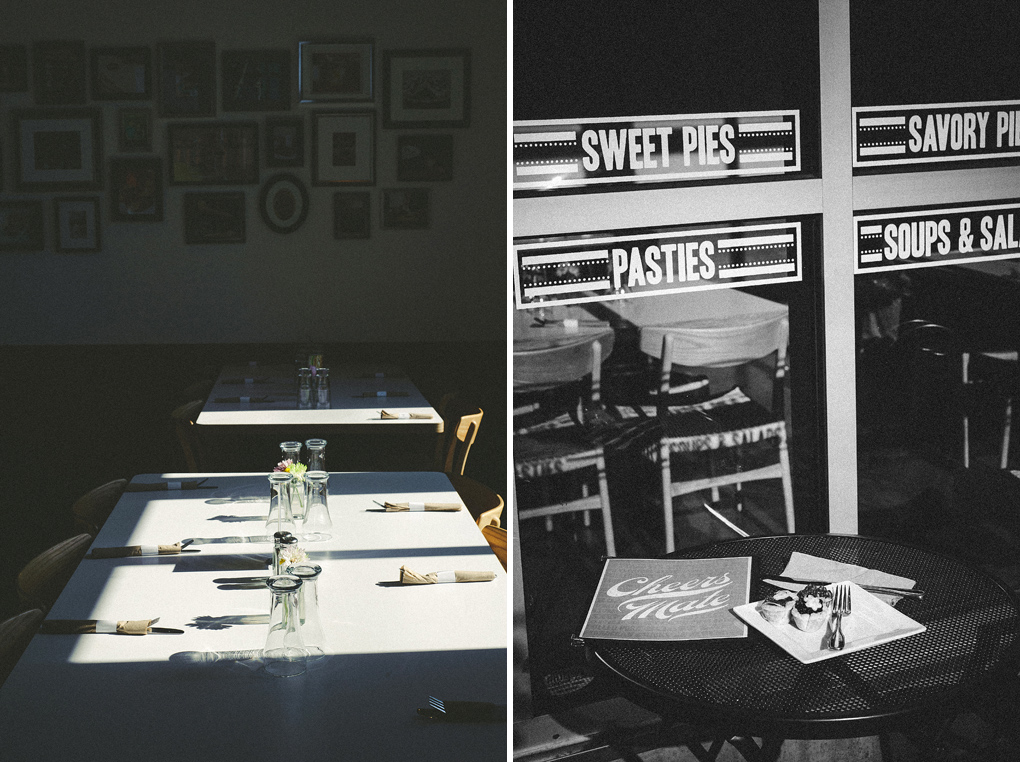 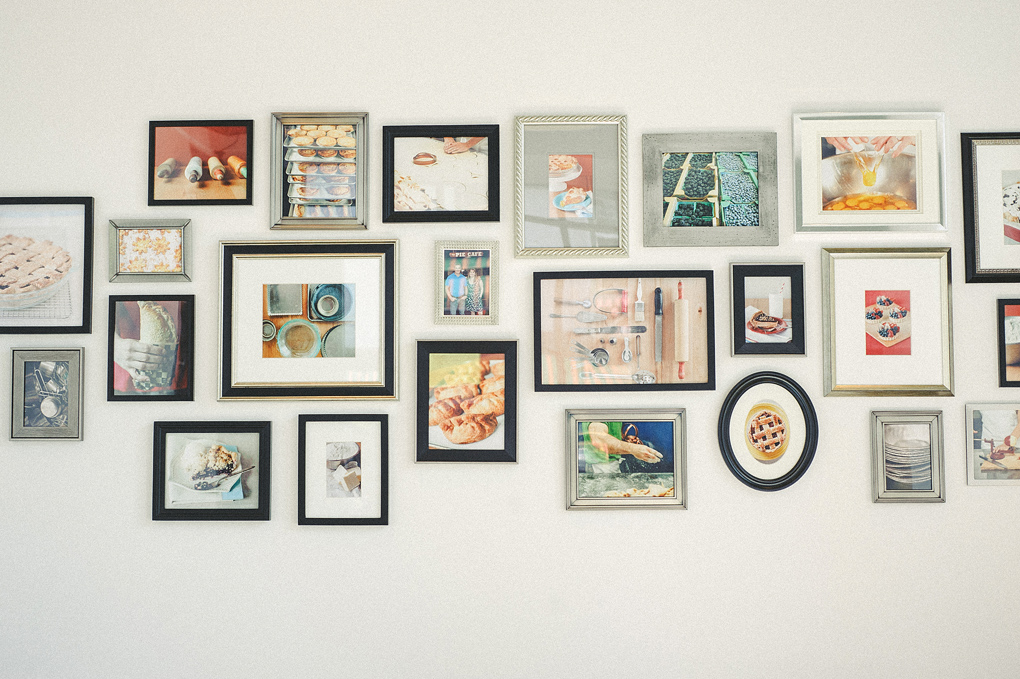 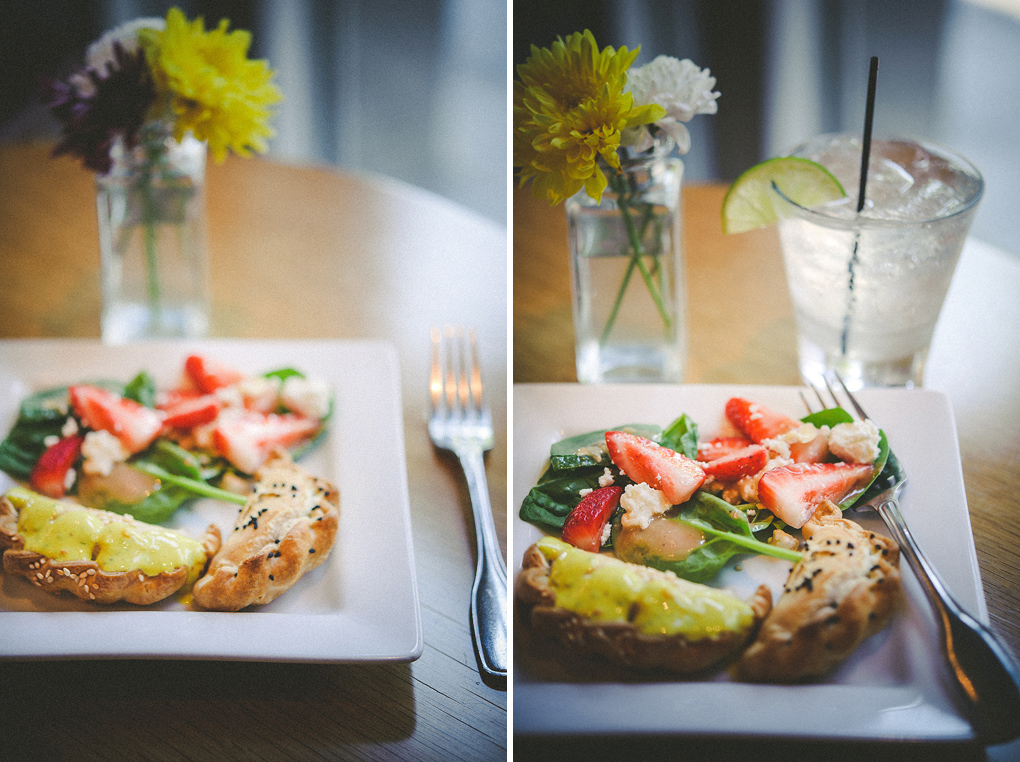 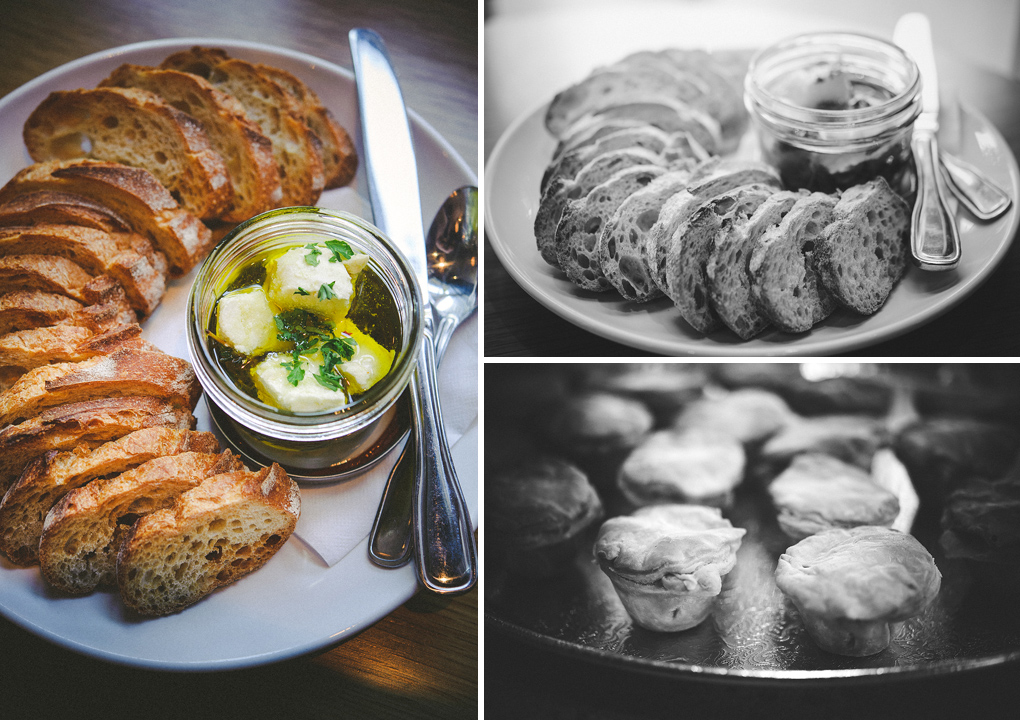 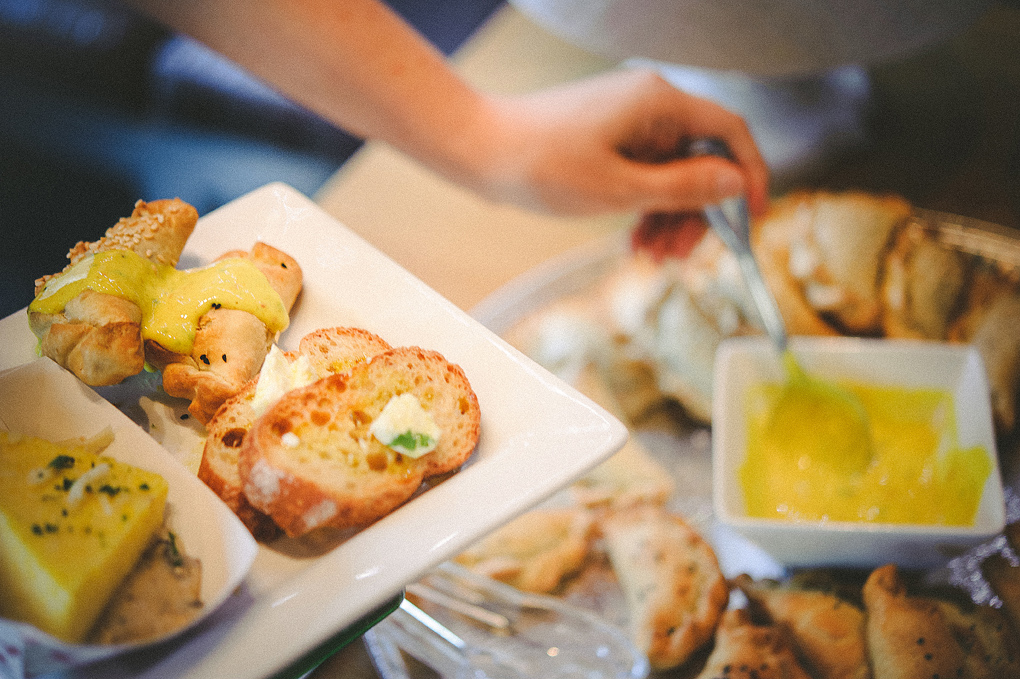 The last but not least I felt so lucky to snag these tickets.  I feel that I was on FB at the right time when Andrea Stafford posted on the PDX Food Blogger sites that she had two free tickets for the Brewery Dinner featuring Fort George at Whole Foods.  The dinner was at the Pearl District Whole Foods market.  It was fantastic!  I loved sitting at a table with both good friends (to our surprise our good friends Bee & Kevin were attending) and strangers.  I probably talked more to the strangers during the meal.  To start we had an Artisan Cheese Plate with Quick Wit brew.  The 3-Way-IPA was paired with Scallops, Pea Puree and Greens.  (The IPA was my favorite!) Our main course was Halibut, Tomatoes and Sherry Bacon Vinaigrette with the Tripel Au Poivre beer.  To top it all off- dessert! They had us pour a Polish’s Walnut Stout over Mexican Chocolate to turn it to a very unique float. I highly recommend the special dinners that Whole Foods puts on.  It was a fun night with delicious food and some of my favorite beer! (I love Ft. George).  Thank you, Andrea for the tickets!! 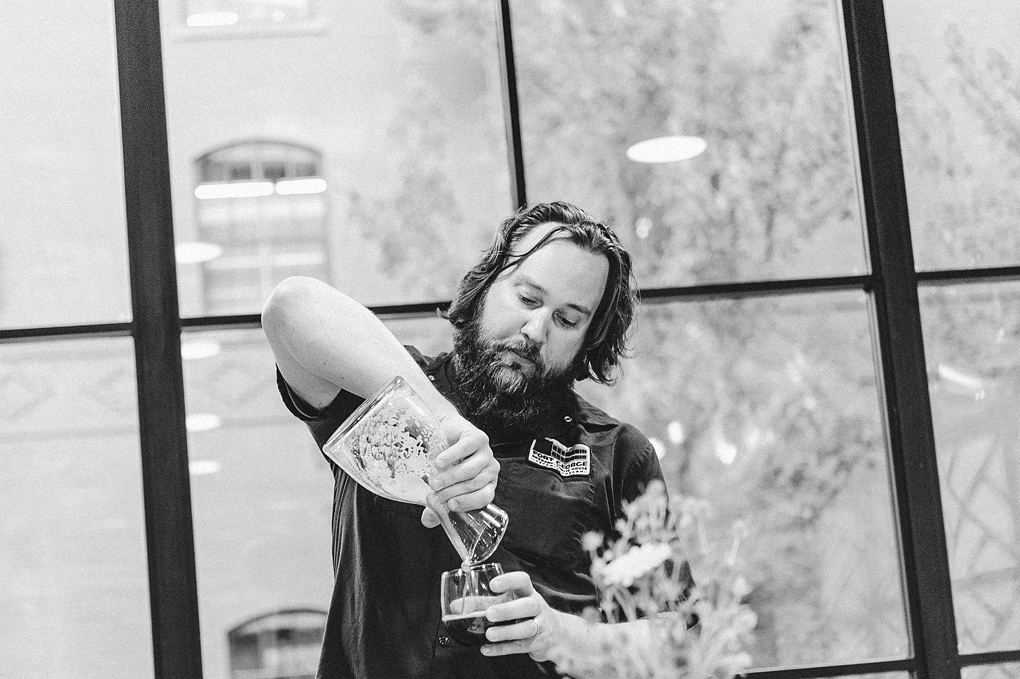 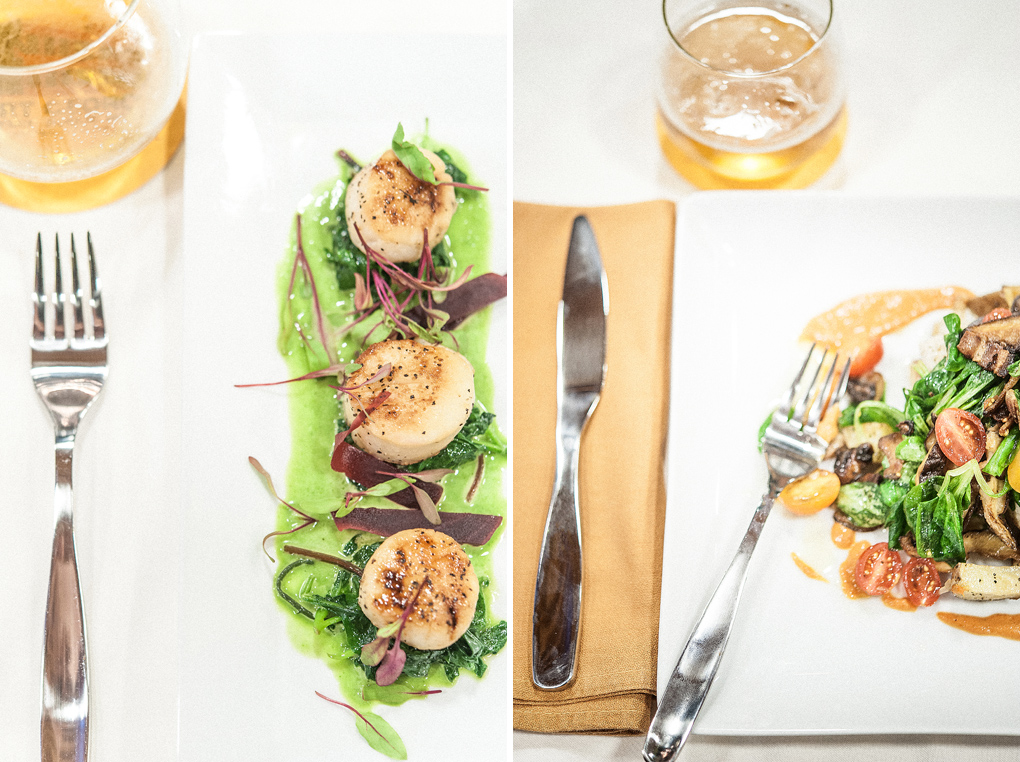 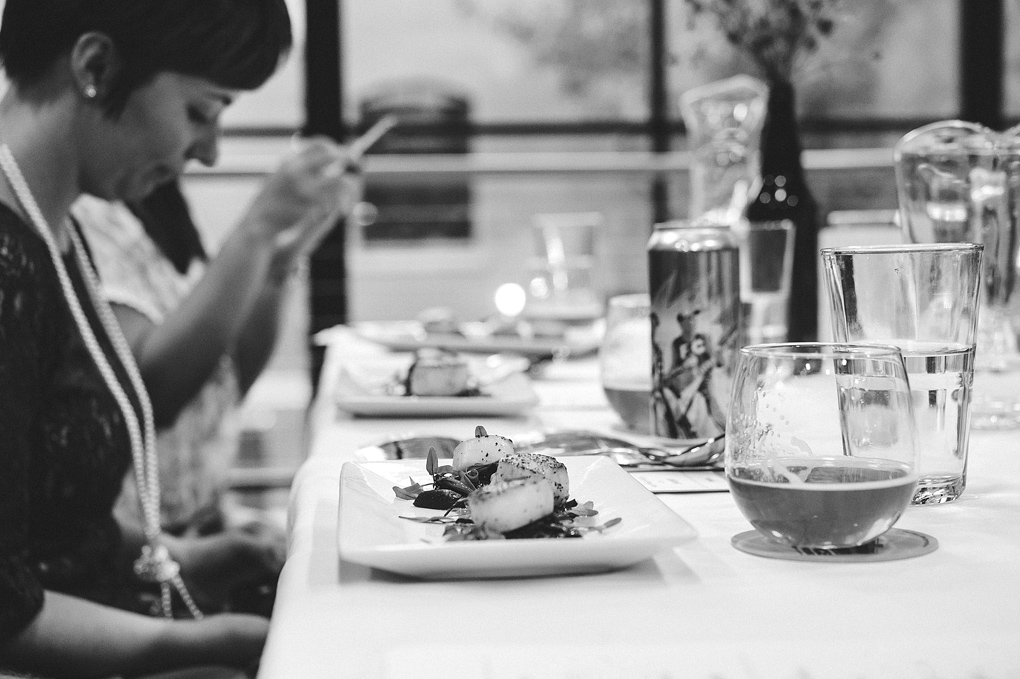 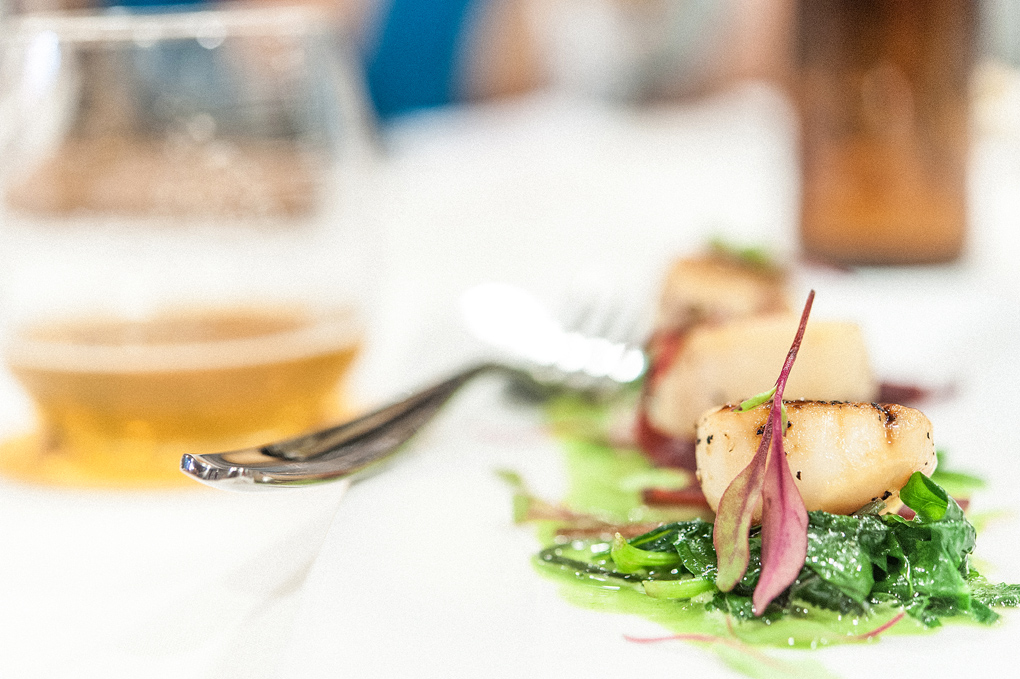 What do you think about the film look of these images?  Do you think I should stick with my normal style or should I play more with this type of style?

How light is pursued and captured is a photographer's constant challenge and perpetual joy.